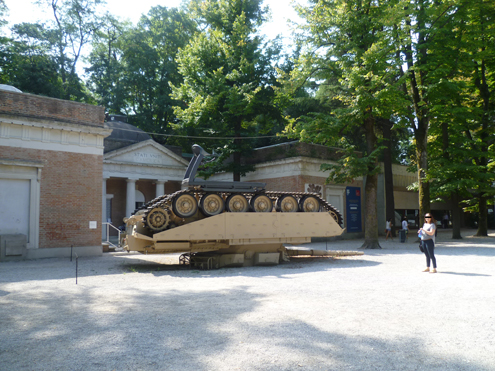 Was I horrified by the tank? No. Was I upset to be an American? No. Did it ring a little true? Sadly, yes. The United States pavilion was exactly what I expected it to be: a one-liner. But I found the Allora & Calzadilla exhibition Gloria to be as satisfying as any good one liner. While Jerry Saltz found it to be an "infernal" representation of America, I found the truth here to be somewhat practical. The catalog describes "Glory" as referencing "military, religious, Olympic, economic, and cultural grandeur", and of course here "Glory" herself is lying in a tanning bed.

When you think about the fact that Italy is a country whose Renaissance landmarks were recently overshadowed by cast members of The Jersey Shore, it's not that much of a stretch to assume their vision of Americans is one of a people who would conveniently fit a gothic pipe organ with an ATM machine. For me the installation, Algorithm, got it exactly right. Some pics below. 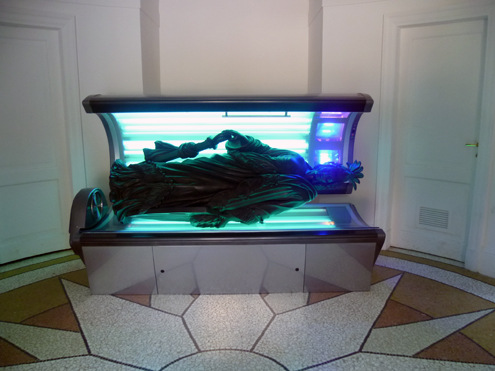 above: Freedom Lying on a Sunbed, Allora & Calzadilla 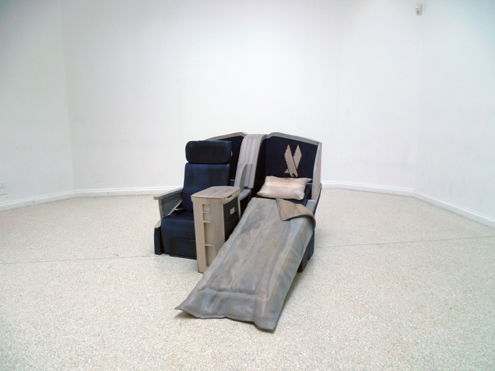 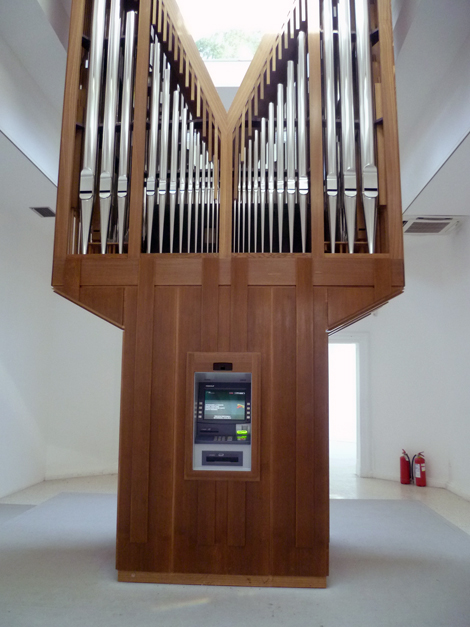