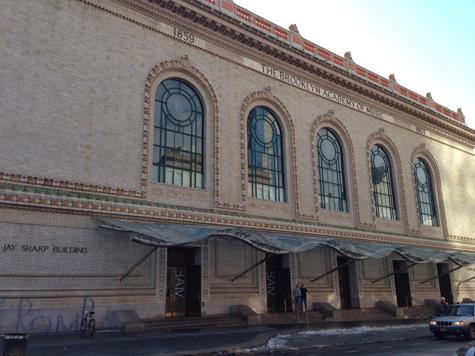 If you were planning to go to BAM anytime soon, you should go check out Katie Bell's piece. If you didn't have plans to visit BAM, you should make one right now -- go watch a movie or a play -- and see Katie's piece. 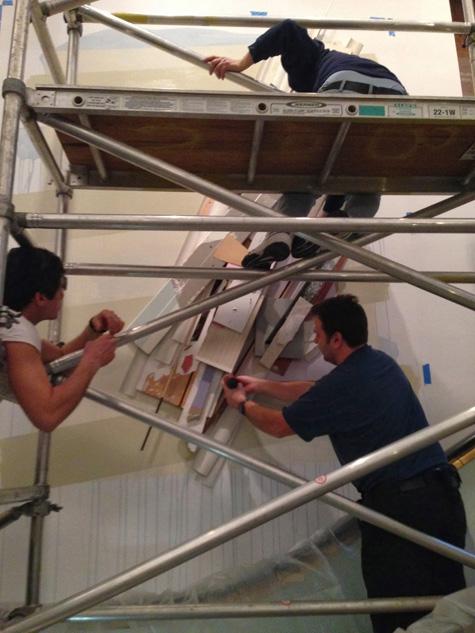 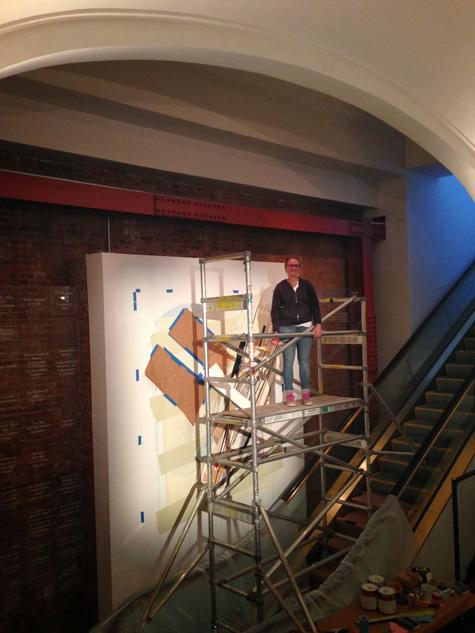 Katie has been installing for the past few days, and looking at the pictures, it seems like the installation was just smooth sailin'. 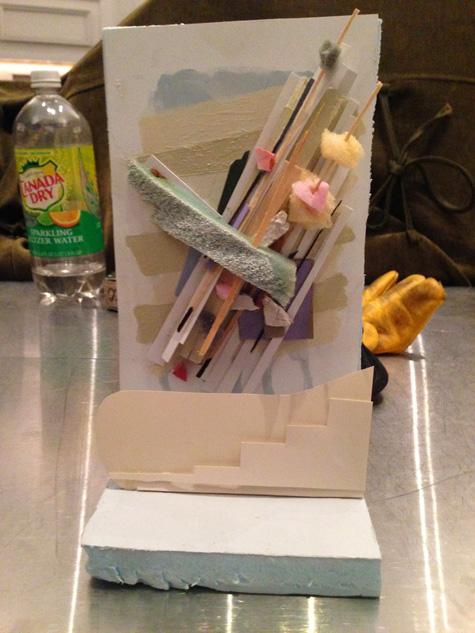 Katie often makes these models or maquettes of her bigger wall sculptures since they have to be dissembled while in storage. I think they are so so so fun and precious and great. 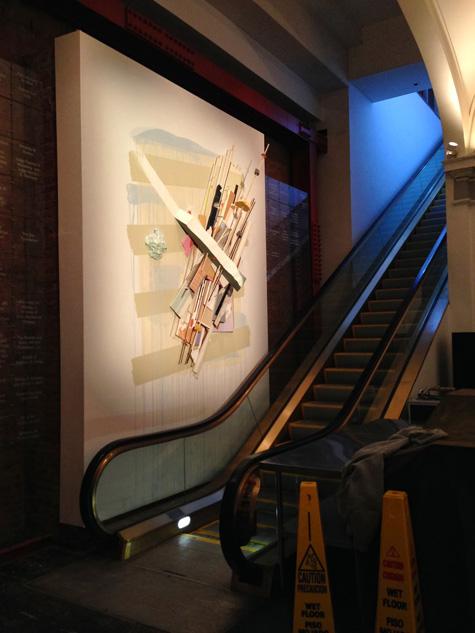 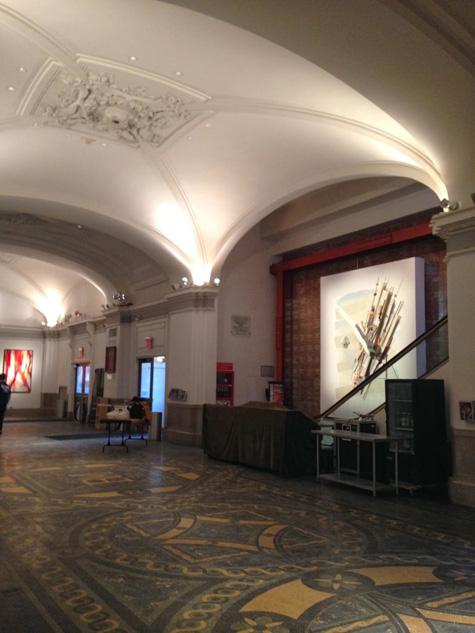 Here are the finished installation shots. I promise photos don't do her work justice so make sure you see it in person. The piece will be up until June. And don't forget Katie's solo exhibition at Mixed Greens is also RAPIDLY approaching!!

* All images are taken from Katie's blog.

Postcards from the Edge starts TONIGHT! 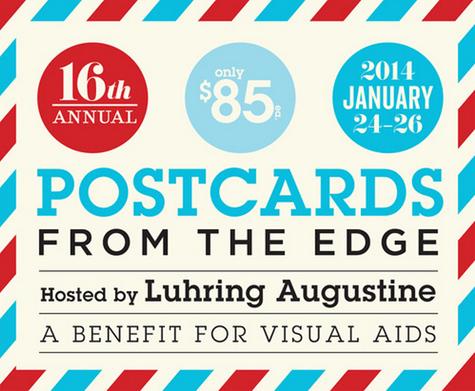 For those of you who'd enjoy the warmer by a whopping 10 degrees (it's still cold though brrr) make sure you go to the Postcards from the Edge exhibition at Visual AIDS! If you don't know what this event is, it is an annual exhibition hosted by Visual AIDS where hundreds and hundreds of postcard-sized art is shown and sold for benefit. It is super fun and SUPER SUPER INTENSE AND COMPETITIVE so you better get there on time.

Tonight is the preview and you can start buying from tomorrow. You can get more information here.

A Friend in Need

You may have heard, but the artist Ron Baron and his family has been involved in a tragic car accident recently. The accident killed his 5-year-old daughter Naomi and paralyzed his 14-year-old daughter Ruby. I urge you to read Ruby's blog STILL RAD IN REHAB where she writes about her ups and downs and the emotional roller coaster ride after the incident. Her spirit and resilience are truly inspiring.

That being said, Ron Baron and his family need special accommodations -- from a wheelchair accessible home to a handicap accessible car -- so that they can welcome Ruby after she is discharged from rehab. Their insurance will not cover their expenses, so Baron's friends set up a fund specifically for Ron&Irit's immediate needs for Ruby's care. You can click here (http://www.youcaring.com/medical-fundraiser/ruby-s-return/124710) donate. You can also visit their Facebook page here.

All the artists you ever wanted 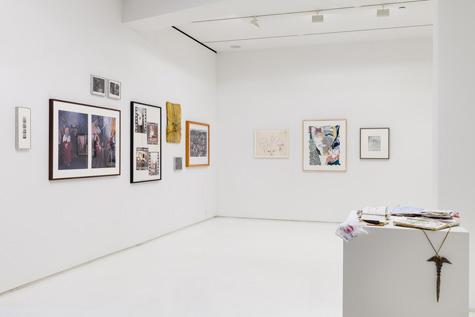 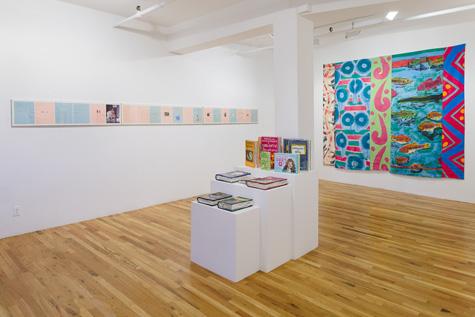 Have you seen Hooray for HOLLYwood! yet?? We've been getting some good reviews so make sure to stop by soon! Also, don't forget we have collaborated with Pavel Zoubok Gallery upstairs, so the show goes on two floors. Here's the list of artists that are in the show -- it's really all you could ever ask for! 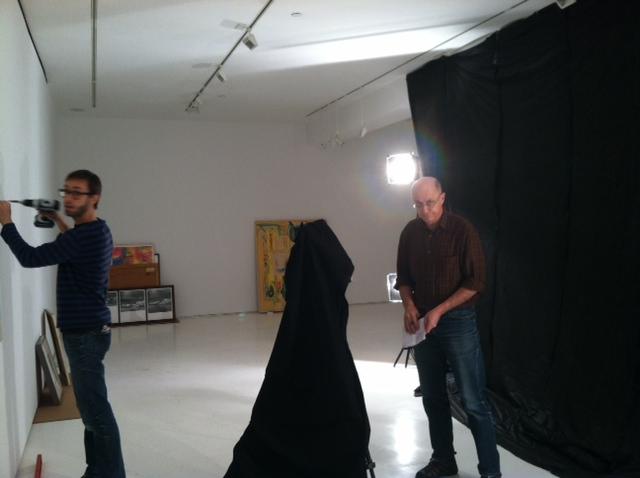 our photographer Etienne brought an intense set up with black curtains to make sure there are no reflections in the photographs! 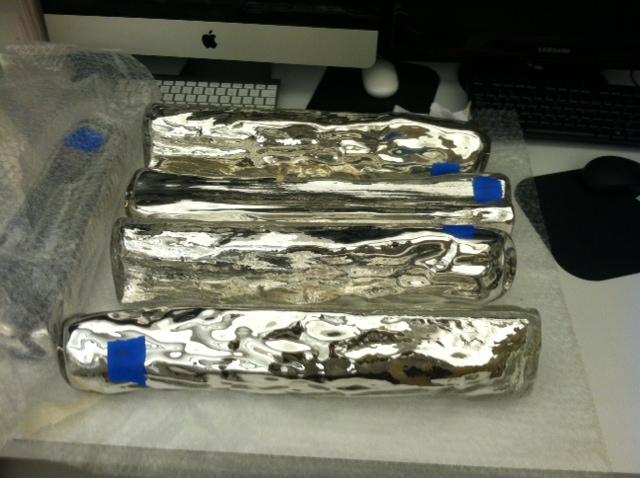 Suzan Etkin brought in these beauuutiful logs yesterday. I think I gasped when I opened them. And they're even more beautiful when they are assembled. 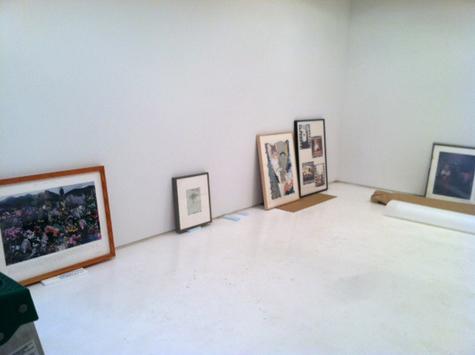 These are the Holly Solomon portraits laid out. So many artists made her portraits it's kind of amazing! 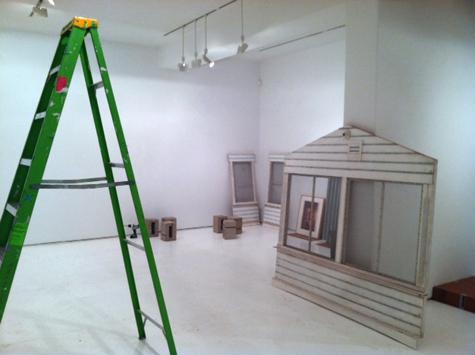 We are also setting up a Donna Dennis cabin. SUPER excited.

This show opens THIS THURSDAY so make sure you stop by! 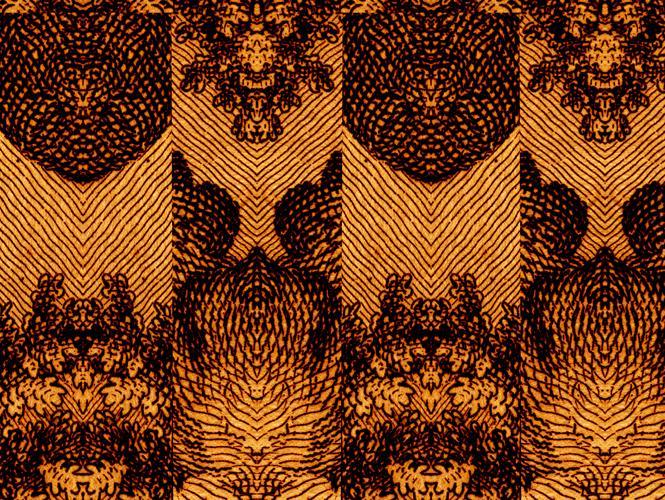