the (art) world of 3-D Printing

Looks like my fascination with 3-D Printing was well directed, because the art world is catching on. Harvard is currently using the process to "fill in the blanks" and restore an ancient statue, while a Dutch architecture firm is investigating 3-D printed houses. THE FUUUUUTTTUUURRRRRRE.... 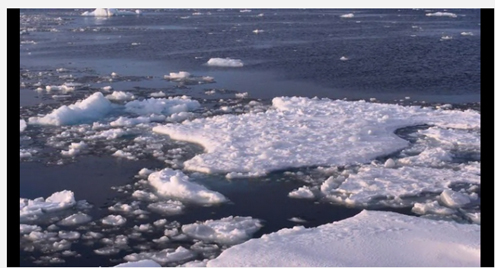 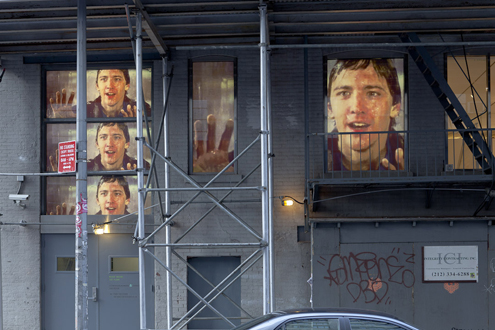 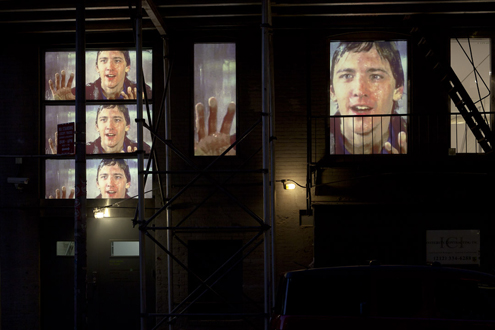 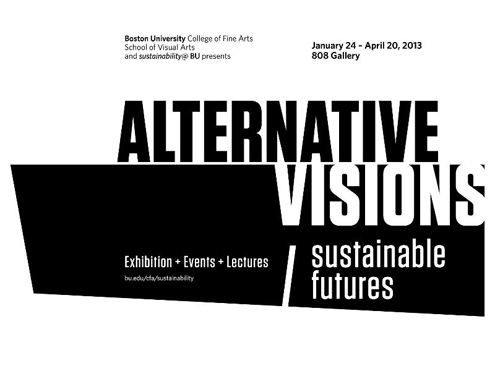 For those of you in the Boston area, be sure to check out Kim Beck's work in:

The Boston University School of Visual Arts and sustainability@BU present a cross-disciplinary collaborative project that responds to current environmental issues and investigates the potential to affect change through critical dialogue and innovative practices.

This multifaceted project is centered upon a large-scale exhibition held in Boston University's 808 Gallery. The 808 space will serve as a hub for a wide variety of programming, including lectures, demonstrations, and workshops on beekeeping and foraging, student-driven educational forums, and community outreach.

Everything is FINE and the artwork is SAFE, but just in case you were curious what it looks like for a full gallery team to rush into action, see below. I'm also AMAZED that so much artwork came out of one tiny storage room. 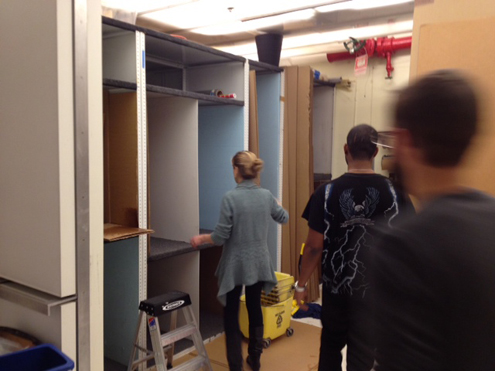 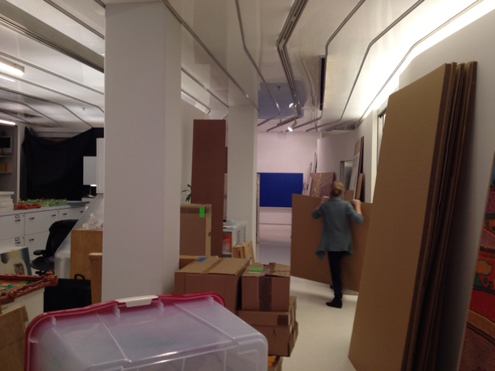 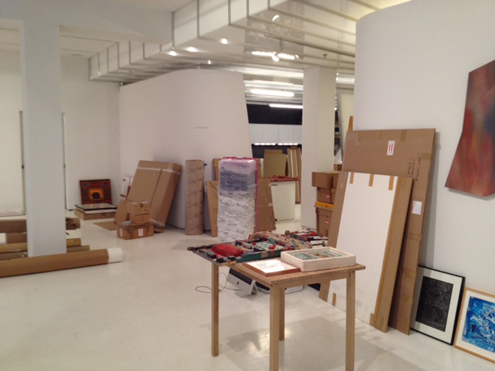 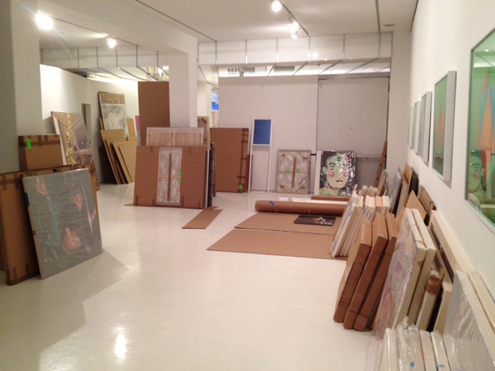 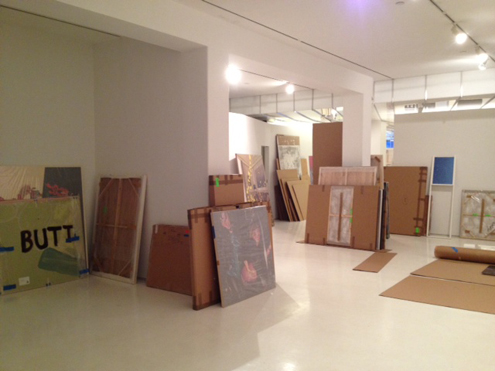 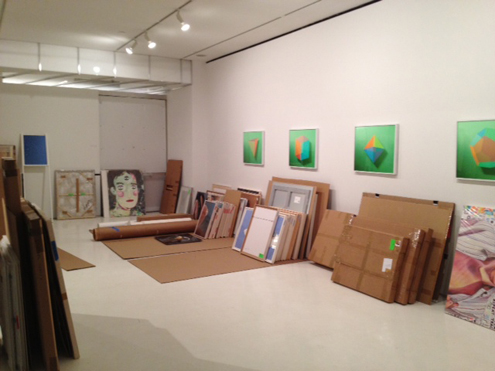 We'll be closed for the rest of today and likely tomorrow, but we should back up to full speed by Friday! Stay tuned! 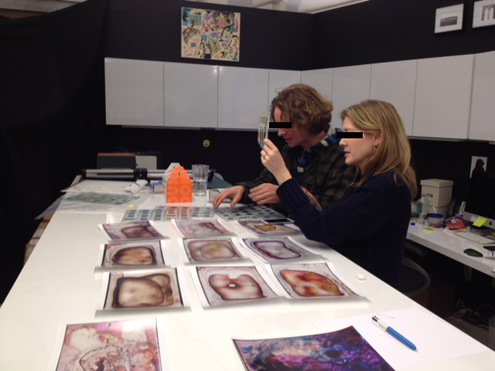 
AND....is May the new March? In addition to Frieze's second run in NYC, a slew of other fairs are popping up in May 2013: NADA, Cutlog, and now a Design fair?

Anxiety is high in the new year: This weekend was brimming with news-worthy events, spring semesters are about to start, and we're already talking about booth layout for upcoming art fairs. Here are some anxiety-inspired links for your enjoyment:

This "assault" story on the High Line is making me rather anxious.

I wonder if this article gives Larry Gagosian anxiety...

Most interesting thing I've seen/experienced all week...and before you click on the link, don't start trying to close all of the pop-up windows. Also, this might best be viewed on your home computer (I can't imagine this flying in a super strict work environment). Click here to enjoy!

AFC's "The show could use some improvement." Ouch. You harsh.

So what exactly IS VIP Art now? No longer an art fair, right? I get more emails from it than anything. I'm confused and overwhelmed.


And there's a Call for Flatware! see below

Recycle your metal flatware for upcoming exhibition.
Jean Shin invites you to be a part of the creative process and donate your unwanted metal flatware (forks, knives, spoons, serving utensils, and cutlery) to be transformed into a large sculptural installation.
The artwork will be featured in a solo exhibition at Montclair Art Museum in Fall 2013.
To participate, please drop off unwanted flatware (all conditions welcome, must be METAL) at:
--Cristin Tierney Gallery in Chelsea at 546 West 29th Street between 10th and 11th Avenues.
--or send an email to make alternative arrangements info@jeanshin.com
Materials will be collected until March 1st, 2013.
www.jeanshin.com Heather and I took the the tiniest commuter plane (scary!) up to Buffalo last weekend. First stop on our adventure was Joan Linder's studio! 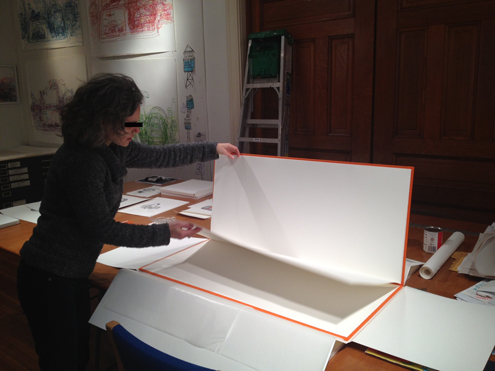 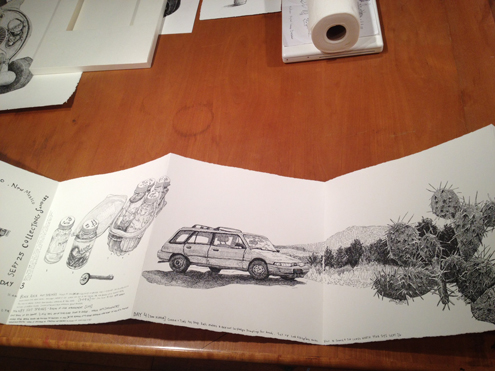 Joan is currently in preparation mode for her upcoming solo exhibition at Mixed Greens, opening April 25, 2013.

Next stop on our tour was Hallwalls, Buffalo's prized cultural institution, to check out the opening for the group exhibition Vascular Modes (on view through March 1, 2013). 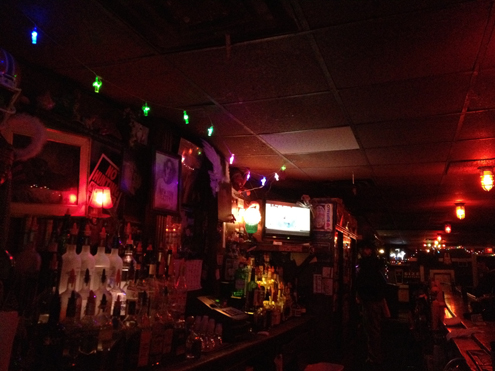 This was followed by a rather foggy visit to The Pink (above).

The next day included a visit to Dennis Maher's Fargo House. If you're in the Buffalo area, be sure to check out Maher's upcoming exhibition at the Albright-Knox: House of Collective Repair, will be on view from January 26, through May 12, 2013.

And below you'll see some shots from the last studio visit of the day--Kyle Butler: 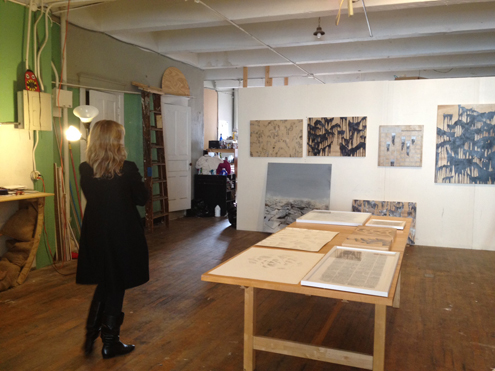 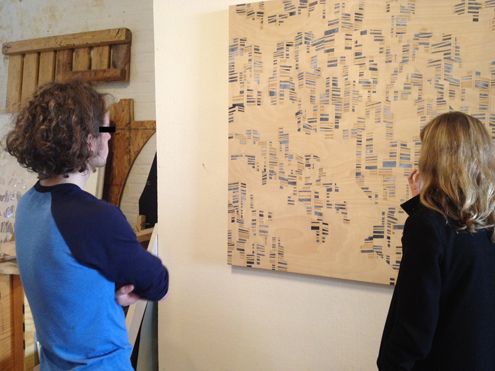 Check out some of Kyle's work here.

Hit "READ MORE" below to see the extras from our Buffalo visit.

in case you missed the opening

SHOUT OUT to ODelle Abney for posting this walkthrough of our opening reception. ENJOY! 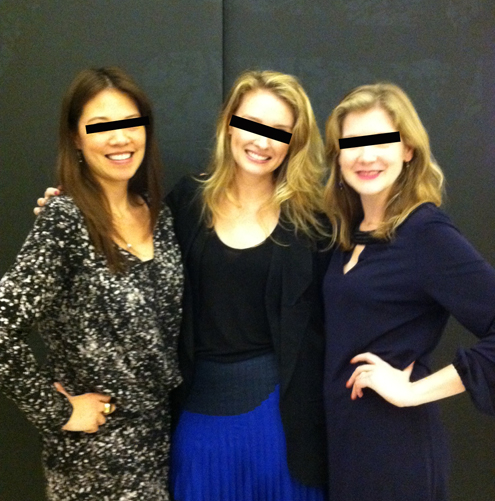 We were just as confounded by this news.

Artsy not only has a new URL (Artsy.net), but they're now heavily promoting their Artsy Editorial section. Check out this Artsy Editorial on Coke Wisdom O'Neal! Coke has an upcoming solo exhibition at Mixed Greens opening March 21, 2013.

PARIS-SCOPE: Louise J. Berg's The Reenchantment of Disenchantment Bay has been EXTENDED through February 9th BY POPULAR DEMAND!

And lastly, because it's almost Friday (and I hear a certain Melber is to thank for bringing this to our attention):

"Color Shift" named one of the Top 10 NYC Gallery Shows Opening This Week! 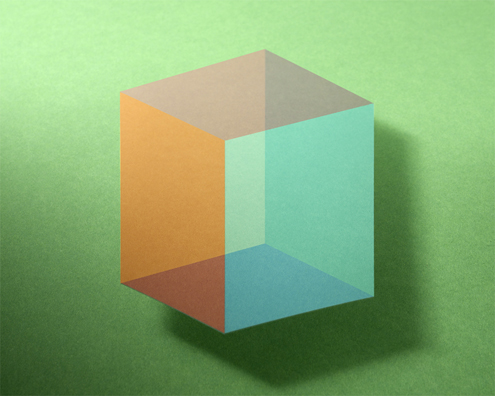 SHOUT OUT to ARTINFO for including Color Shift in their Top 10 NYC Gallery Shows That Open This Week.

Join us this Thursday, 6-8pm @ Mixed Greens for COLOR SHIFT 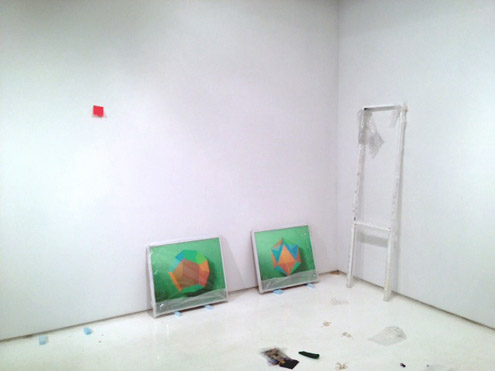 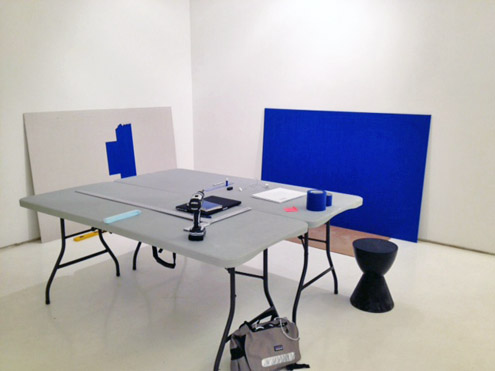 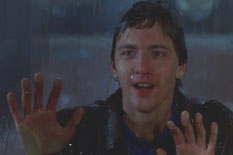 And don't forget to check out the newest window installation:

It seems completely appropriate that 2013 MIGHT be the year for another season of the eternally creepy and visually revolutionary Twin Peaks. This might all be rumor, of course, but it's a rumor I don't mind believing.

Fantastic news for the West 27th Street galleries: Foxy, Eller, Bailey and Winkleman are all reopening on January 12th with exhibitions. They were hit hard by Hurricane Sandy, but have made a major rebound!

Happy New Year! Can't wait to get back in the swing of things.

AND this is your LAST CHANCE to check out Christina Mazzalupo's Prognosis: Doom--closing tomorrow, Saturday January 5 at Mixed Greens!