The End Is Near!

Rome, Byzantine, Ottoman- all great empires must fall eventually. Fake Empire here at Mixed Greens is no exception. In fact, the end is only a few days from now, which means you're running out of time to see this wonderful exhibition in person.
Hurry over to see beautiful paper cathedrals crafted by Susan Giles, spectacular videos by Olivo Barbieri and Rob Carter, and gorgeous digital prints by Dionisio Gonzalez and the show's curator, Lee Stoetzel. 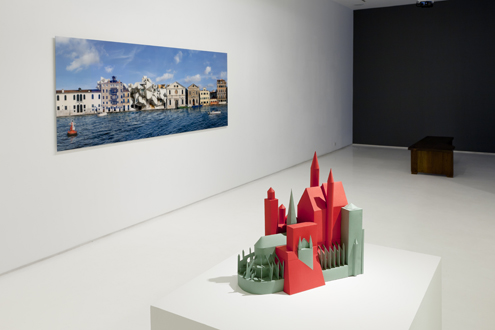 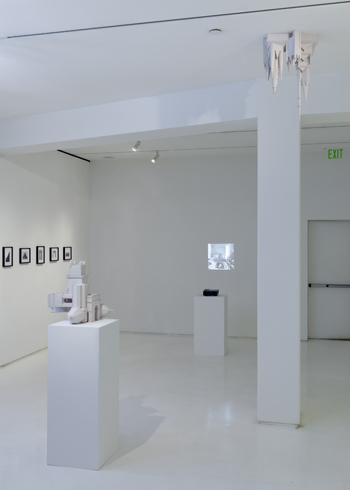 Come witness Fake Empire before it crumbles like the rest of them. 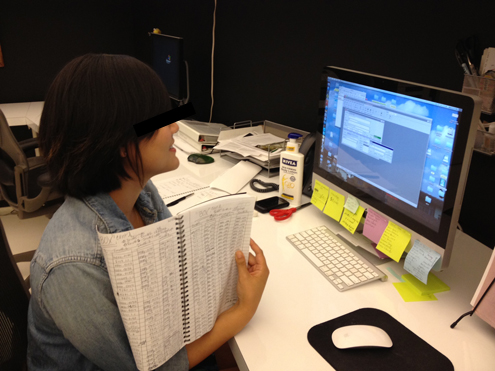 Mixed Greens is kicking off the official start of summer - it was June 20th this year - by our annual tradition of going through our inventory. This year we have a quite OCD intern who is super-enthusiastic about re-organizing all the flat files and boxes of artwork. We will keep you all posted about how the inventory-ing goes so be tuned!

Also, the gallery hours during the summer is Tuesday - Friday 10am - 6pm or by appointment (although some of us will be here on Mondays going through inventory). 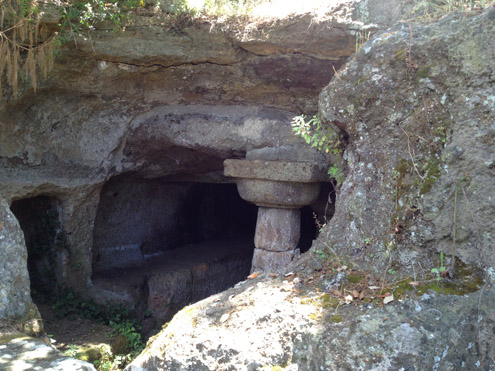 CS is Indiana Jones-ing it in Cerveteri, Italy (the necropolis where the Euphronios Krater was found) 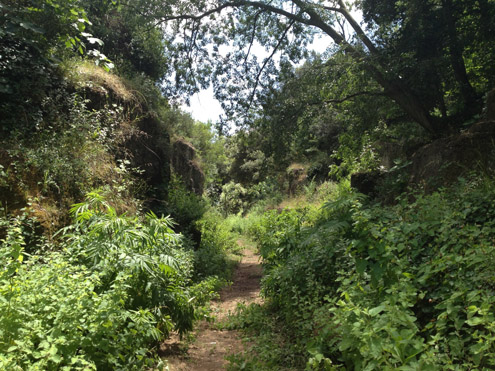 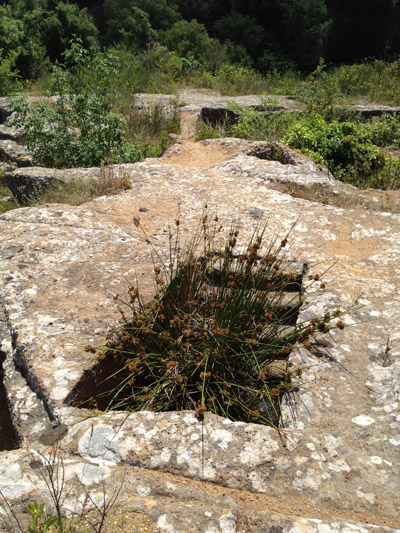 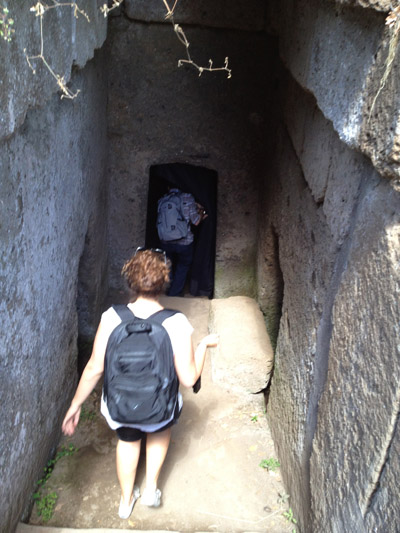 This post title isn't taking a shot at James Cohan Gallery's current show, it's giving you a warning! Everyday Abstract- Abstract Everyday is in fact well put together and fun to walk through (hats off to curator Matthew Higgs). However, my favorite part of the exhibition also happened to well up one of my biggest fears- drowning. In the farthest back room of the gallery there is a side-by-side monitor looping footage of two people's faces underwater. I happen to have this strange tick where I indirectly take on the struggle/pain of anyone I'm watching on a screen (i.e. when Protagonist is trapped under the water in That Movie, yours truly is sitting on the couch, unable to breathe as well). I found myself immediately transfixed on this underwater scene, wishing I could rip my gaze away and grab a breath, but couldn't. Before passing out my instincts took over and I turned my face to look at other work, but not without breathing a tad heavily. I guess it's fair for me to call this show 'absolutely breathtaking.' 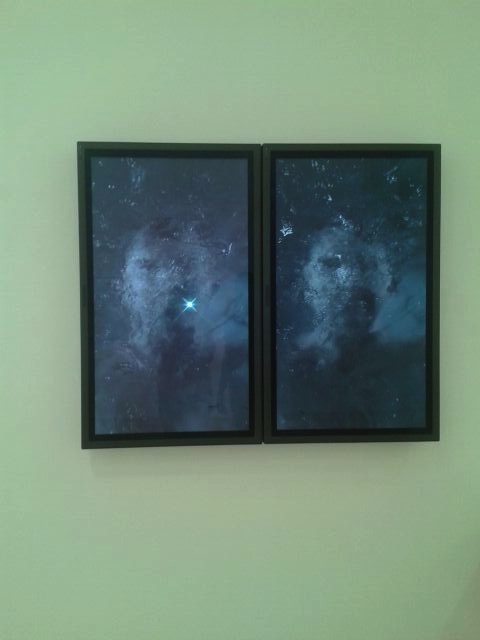 Steed Taylor is not your average tattoo artist. His list of clientele sets him apart, without touting names like Rihanna or Beckham. This artist caters to a special set of customers, inking up what he calls 'the skin of the public,' aka city streets. His latest road tattoo can be found at the Navy Pier in Chicago, as a part of the BIGart exhibition. 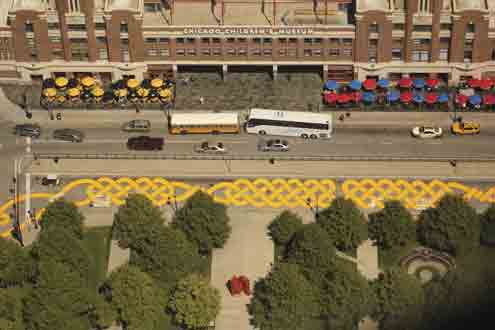 Tattoos are commemorative and ritualistic in nature, meant to mark the skin with permanent expressions of tribute. Taylor's works accomplish this aim in the most public of settings. 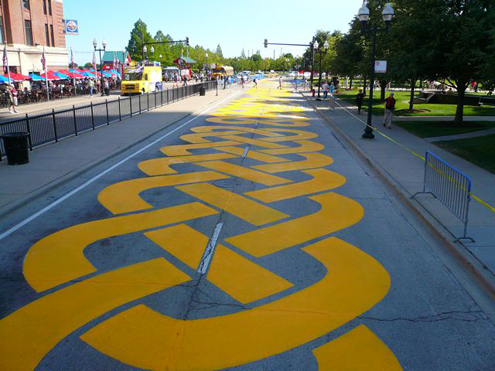 Creating a road tattoo is far more than just filling in stencils; in fact it is an extremely intimate process. Once the tattoo is outlined on the pavement, Taylor fills its skeleton with a specific set of names whilst praying over them. After this ritual the names are covered over to complete the tattoo and solidify the sacred design. Each location pays homage to a different set of selected people; Chicago's 'Galloon' for example honors the out gay and lesbian members of the armed service. 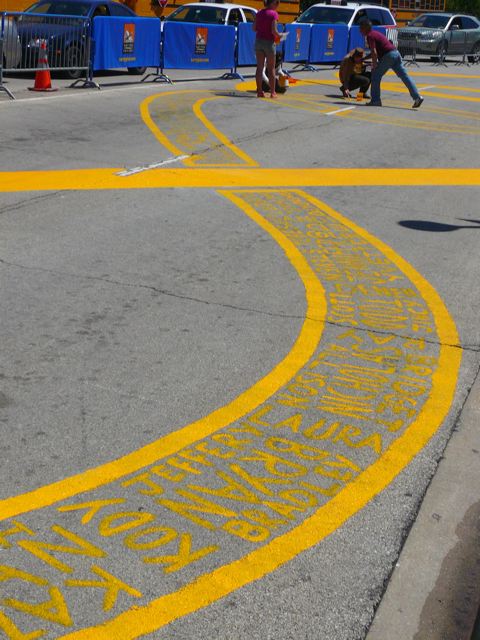 'Galloon' will remain on display in Chicago from now until October, which means YOU still have time to go see it!

Breanne Trammell: Nails In The Key Of Life

ArtInfo says nail art is in. We think so too. Breanne Trammell is starting an art project in which she will travel across the country with a mobile nail salon. 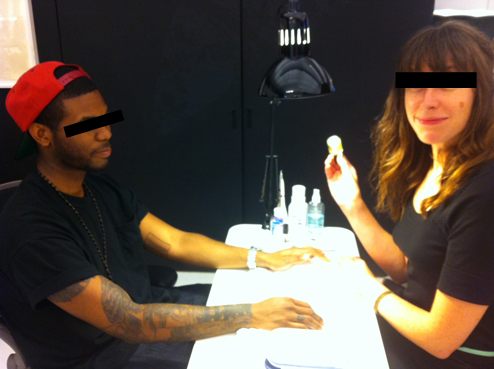 Breanne stopped by MG last Thursday to practice her skills before earning her official license. Chuka got his nails done that day. So did Steven. JEALOUSSS!!!! (says the intern who was not in that day Breanne was here)

If you want to know more about the project or would like to support her road trip, check out her kickstarter page!

Tonight marks the opening of a (literally) monumental show at Mixed Greens, curated by our very own Lee Stoetzel. Fake Empire is a dynamic group exhibition featuring works by Susan Giles, Rob Carter, Olivo Barbieri, Dionisio Gonzalez, and Stoetzel himself. This diverse collection is an absolute treat to witness in person, allowing guests to behold famous landmarks like they never have before. 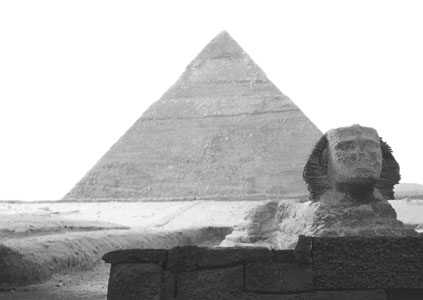 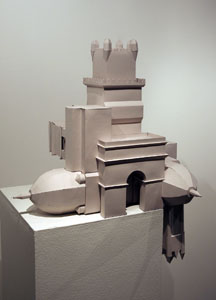 Gonzalez's whimsical structures (below) are a surefire crowd pleaser, and two remarkable videos by Barbieri and Carter bolster the show's running theme. Barbieri takes viewers on an aerial tour of the infamous Sin City while Carter presents an accelerated reel of a monastery's construction. 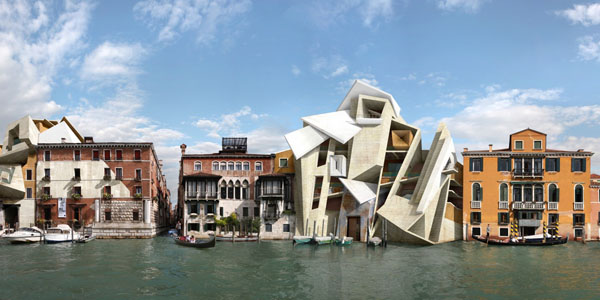 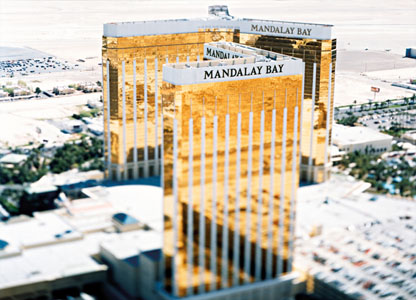 This is a must-see exhibition... be sure to come by and experience Fake Empire for yourself! 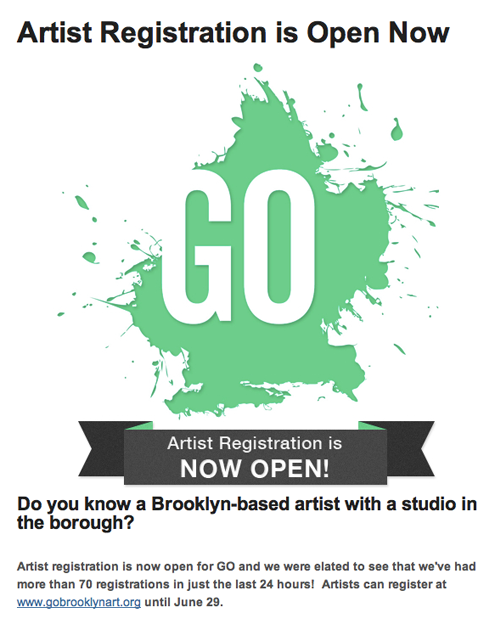 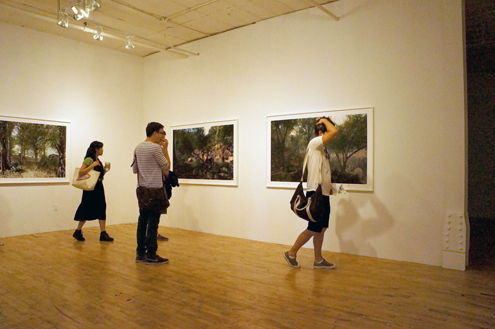 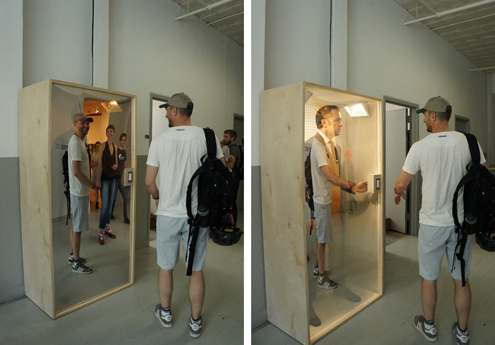 One of Heather's favorites from the Open Studios was Oliver Warden's Untitled Box 2.0. Cornell Dewitt of PULSE seems to enjoy it too! 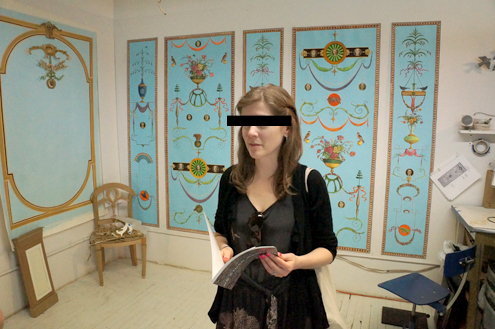 That being said, we can't end the blog post without a photo of our very own Heather. HBD in the studio of Susan Hamburger, photo taken by Rachel Hegburg! 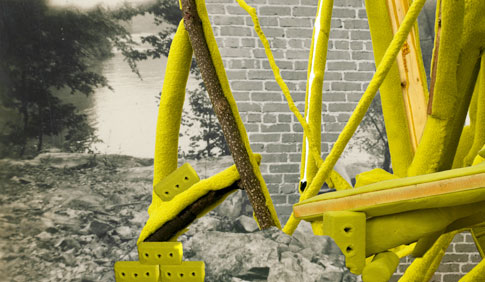 Mixed Greens announces the second installment of Paris-Scope, a series of peculiar, collaborative exhibitions that give visitors to Mixed Greens a glimpse into Paris-based Projective City’s newest gallery space. Operating as a kind of alchemical experiment into the possibilities of “action at a distance,” viewers are able to peer into (but obviously not enter) the space both thousands of miles away and inches from their grasp—to mystically be both HERE and THERE simultaneously. The Paris-Scope series allows artists unprecedented control over the gallery space, and focuses on ambitious solo installations. The second exhibition in the series is See Rock City by Audrey Hasen Russell

SEE SEVEN STATES! LEFT IN FIVE MILES to see WONDER of the WORLD!

In her installation for Paris-Scope, Russell returns to her Tennessee roots and the phenomenon in which farmers
advertise local attractions (like “Rock City”) on the huge walls of their barns. The notion of a rock city, simultaneously real and imagined, is an ideal starting point for Russell’s unique practice.

Russell’s work is deceptively ambitious. Initially, it comes across as whimsical: Mysterious, incongruous, and very much playful. Yet under this lightness of touch, Russell engages the heavy notion of “second nature,” the way in which our constructed world appears natural to us as we grow up within it. We’ve slipped into a world in which a string of electrical pylons stretching over farmland seem utterly natural to us, while neither the pylons nor the farm are anything of the kind. How to carve out somewhere to live in the space of second nature? Russell faces the question head on, yet the seriousness of this vexing philosophical
problem is belied by the aroma of playfulness, hope, and fun lingering in the atmosphere around the work.

Audrey Hasen Russell grew up in East Tennessee at the foothills of the Appalachian Mountains on the family farm. She received a BFA in Sculpture from the University of Tennessee, Knoxville, and an MFA in Sculpture from Cranbrook Academy of Art. She has been included in recent exhibitions at Lesley Heller Workspace, NY, NY; Dorsch Gallery, Miami, FL; Philadelphia Art Alliance, PA; and Nurture Art, Brooklyn, NY. Solo show venues include Dorsch Gallery, Miami, FL; The University of Wyoming, Laramie; WaveHill, Bronx, NY; and ADA Gallery, Richmond, VA. Audrey has been honored to participate in residencies including The Fountainhead Residency in Miami, FL; SculptureSpace in Utica, NY; The Robert MacNamara Foundation, Westport Island, ME; and most recently as a fellow at The MacDowell Colony in Peterborough, NH. Russel currently lives and works way out in Queens, NY.

Projective City, under the direction of Benjamin Evans, aims to advance, promote, and make visible the work of emerging artists through an ongoing, flexible, and interconnected series of projects. Working on the assumption that bigger is generally worse, projects are for the most part designed to be smaller-scale and more intimate, aiming for personal encounters between artists, artworks, and audiences.

Projective City’s gallery space is located at 34 Rue Hélene Brion, Paris 13eme, and, for the time being, through a peephole at Mixed Greens.

We had an amazing visit with artist Joseph Smolinski yesterday at his studio in Connecticut. Check out some pictures we took while we were there! 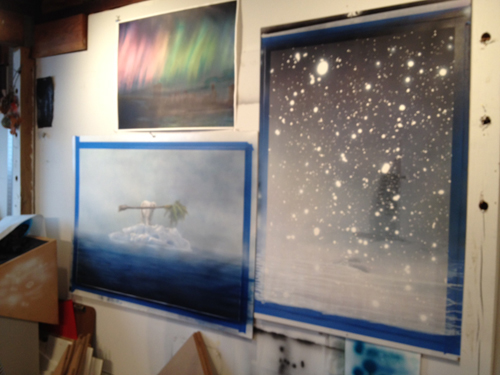 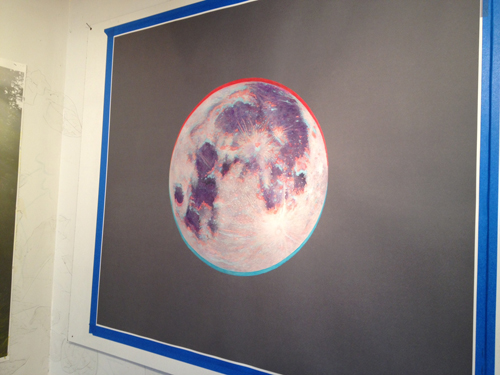 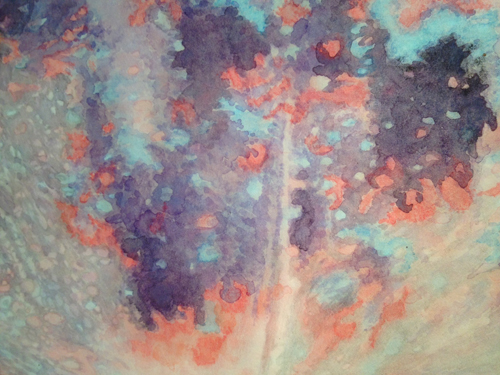 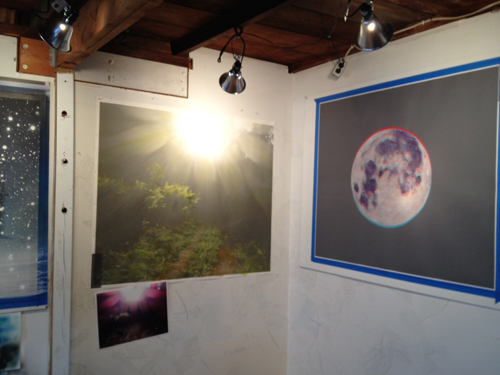