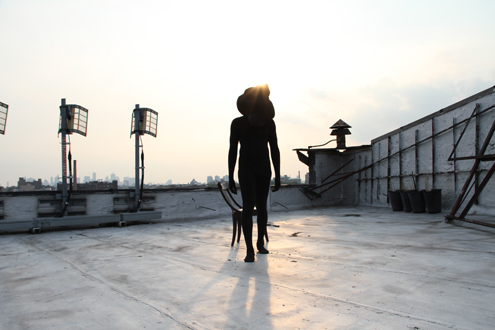 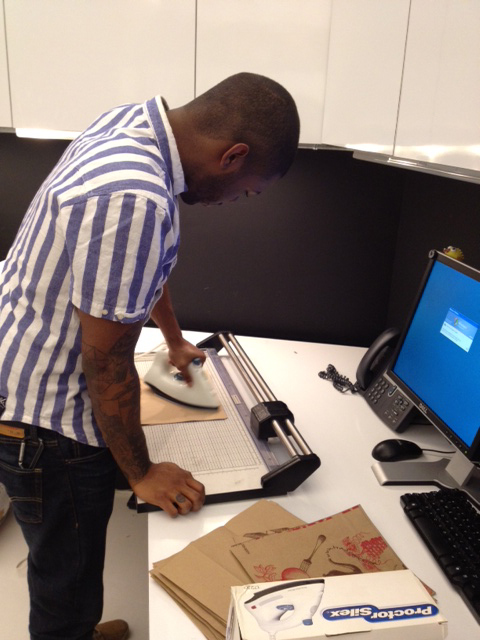 Mr. Brainwash has another suit against him. Surprise, surprise.

The NYTimes has some insight into artist Dawn Kasper's experiences at the Whitney (where does she go to the bathroom??)

Amazing new site with historical photos of NYC...seems it's quite popular already.

Undercover is big with artists these days. See here and here.

Frieze is for hipsters...or not

Frieze New York seems to be catering to a very specific crowd:

ALCOHOL: by The Standard Biergarten. Oooh, feels like laid-back, pre-summer prepping at a Meatpacking venue. Very casual. No signs of rose' here.

HOTELS: Wythe and Hotel Americano are both high on the suggested list. What this says about the visitor: "not afraid to stay off the beaten path" a/k/a "I have a car service lined up for the weekend." On the other hand, I like the rather affordable hotels included on this list.

ENTERTAINMENT: The Mulberry sponsored VIP dinner will feature a performance by Lana Del Rey. This is a nice pairing of high and low.

TICKETS: But can the hipsters come out to Randall's Island when the tickets are $40??? I see that the reduced rate is $25, but still!

Yep, that girl on the cover of Playboy works at Hole Gallery.

But the painting specifically said to steal it.

Somehow, identifying the sarcophagus as being a "wooden painted box" doesn't sound too far off from, say, calling Dan Flavin's sculptures "fluorescent light bulbs" when dealing with a customs form.

How on earth did I miss this?!?

The Mixed Greeners ventured out to the Brooklyn Museum last night to celebrate the Artists Ball with Kimberley Hart! We even sneaked a peek at her table-setting at the dinner upstairs. 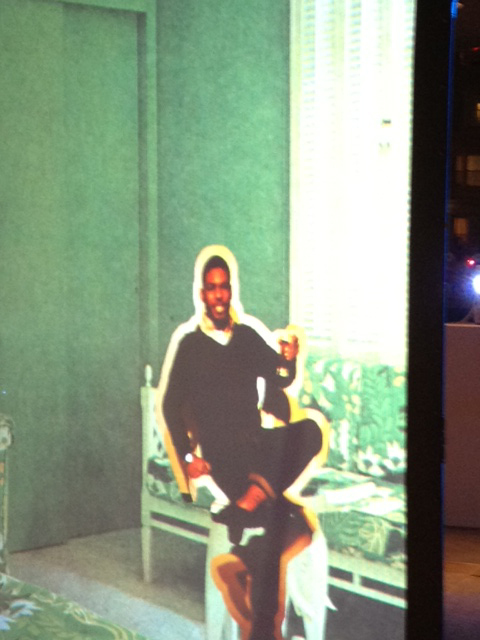 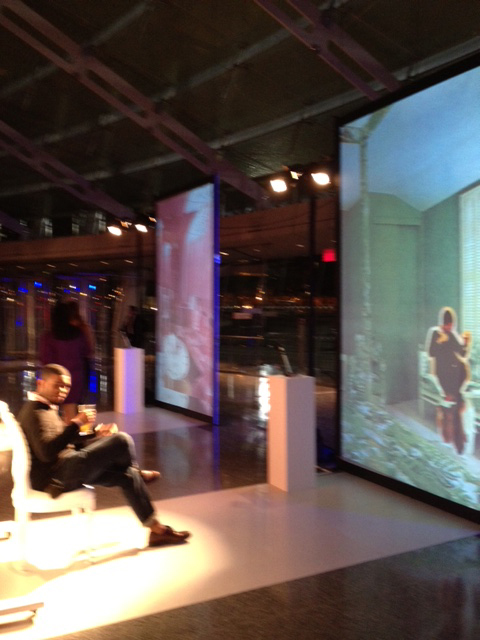 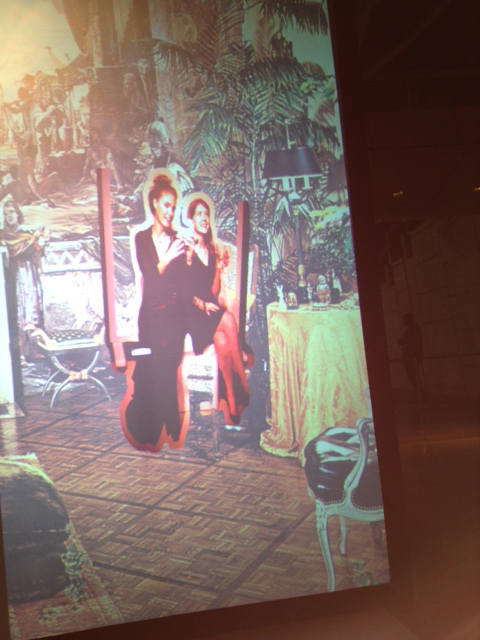 While Courtney and Heather found themselves in the Pirates of the Caribbean backdrop. 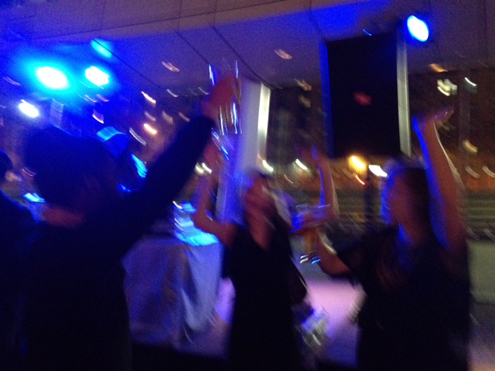 More photos of the insanity after the jump...

Expect the Unexpected- Art on the High Line

While you’re bustling down the High Line this month be on the look out for small pieces of art. As part of a spring program the High Line presents their very first group exhibition, Lilliput, that places artwork in unusual places along the walkway of the park.
I was so surprised to find these little installations peaking out of the plants, and popping up where I least expected them. 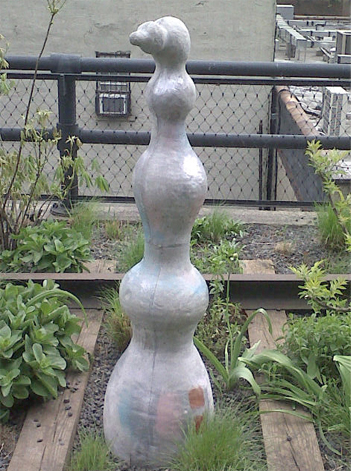 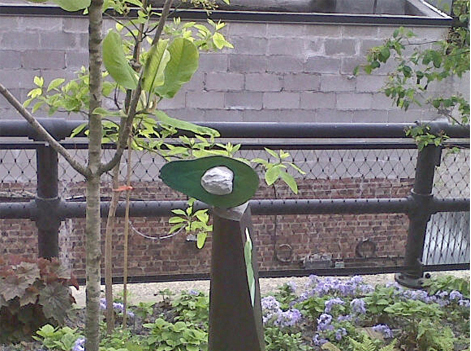 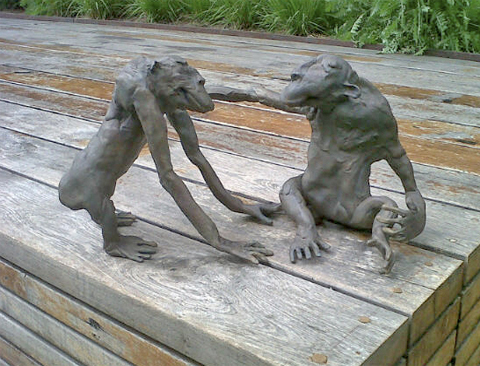 
Finding these pieces is like a game of hide-and-go-seek, but one especially interesting as it makes the High Line even more fun to walk along than it already was. 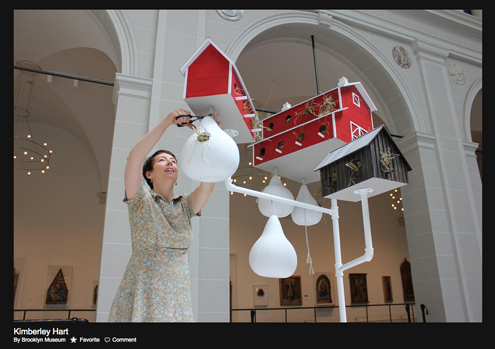 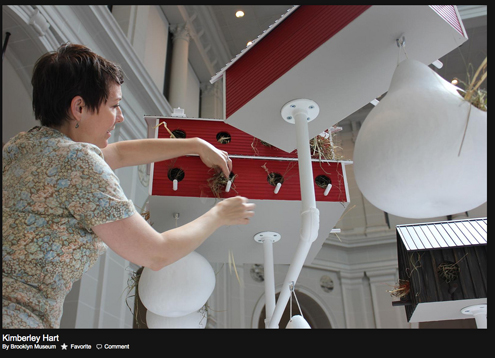 Images above are from the Brooklyn Museum's Flickr feed--artist Kimberley Hart assembles her Purple Martin Houses and paper logs for her table at the Brooklyn Artists Ball, happening tonight!

This year’s Ball celebrates women artists and the fifth anniversary of the Elizabeth A. Sackler Center for Feminist Art.

Tell me that you don't find these two news stories conflicting: Alec Baldwin suggests we, America, better our support of cultural institutions by doing things "the Italian way", and yet at least one museum director in Italy is resorting to burning his permanent collection in order to stir up some attention and funding from their cultural minister.

Something tells me the truth of both situations lies somewhere in the middle. Both Alec Baldwin and Italy are known for their, shall I say, eccentricities.

Can Invader sue for this? Because this Russian was obviously ripping off his work.

Olafur Eliasson projected he'd need One Million GBP to fund a website project. That's about two million dollars. Outrageous. He should have proposed a free Tumblr. 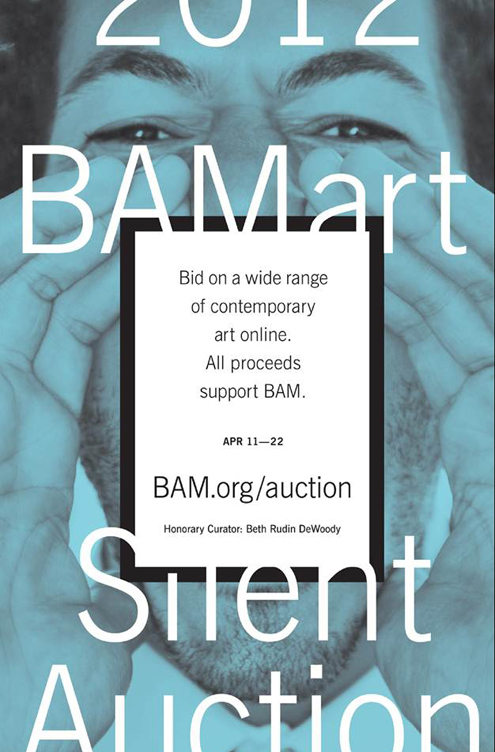 Bidding is going on NOW, www.BAM.org/auction through Sunday, April 22 at 6pm

*and mini shout out to Tamara Gayer who has an amazing drawing up for auction! 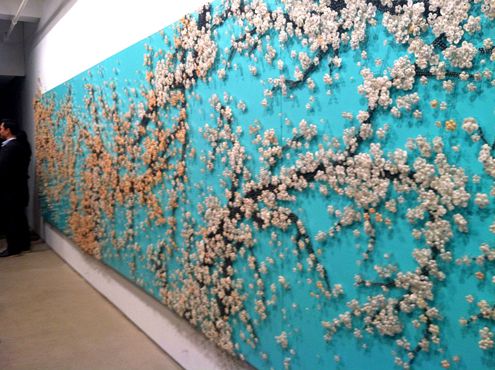 Upon a casual springtime stroll through Chelsea today I made a stop in the Leila Heller Gallery, which caused both confusion and awe as I realized that I was gazing upon a mass amount of delicately placed buttons, beads and pins.

These pieces are sure to make button collectors jealous. 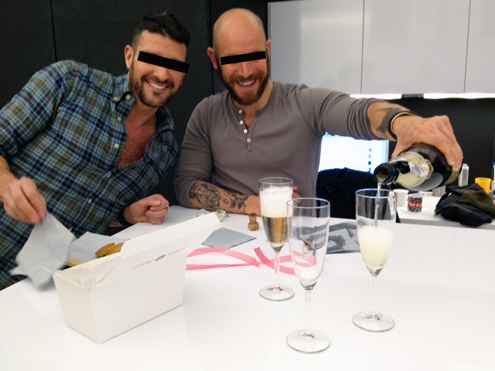 Day drinking in the office for Monica's birthday!

Dorm Daze, as described by Hyperallergic, is a Facebook project: "London/LA-based artist Ed Fornieles created a world within Facebook of 35 characters who acted out a fictitious three months of college, with a series of dramas, like a college basketball star and math geek involved in a drug ring and the unrequited love of two fraternity guys. In the “trailer” for the project, a Gossip Girl-like character narrates the highlights of the three-month intervention. The piece clearly blurs boundaries between how we perform a persona on social media and how actors create personas on stage." Read more about it here. 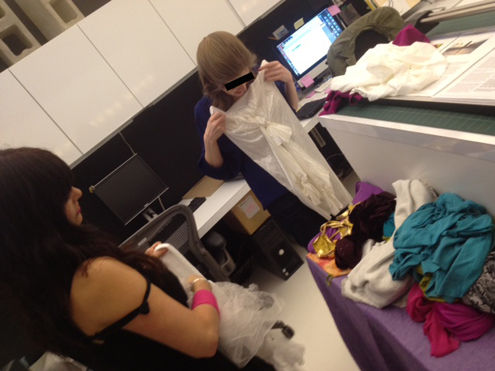 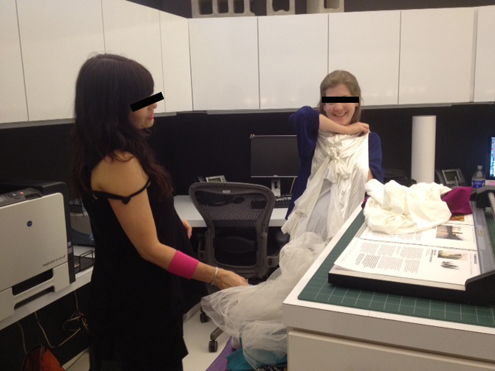 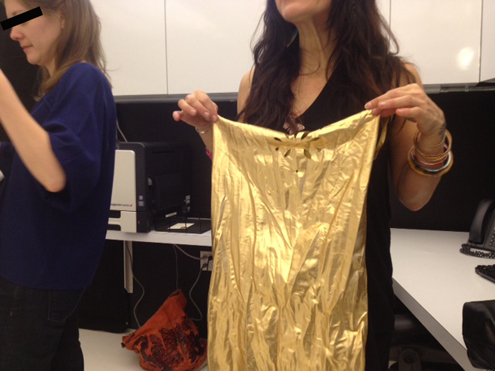 Elisa Jimenez made a surprise trip to Mixed Greens--just brought a bundle by! Mini Pop Up! Check out the Hunger World here. And connect with Elisa here at Facebook!

Artist Jon McNaughton is suddenly getting some press these days. And not the good kind. And yes, I know that bad press is good press. Anyhooo, the painter, who I will admit I've never heard of, is suddenly popping up in my Google Reader all over the place. Why? Because he loves to hate on Obama in his paintings.

In fact, the two article headings on my screen right now are: "Anti-Obama Paintings Selling for $300000" (New York Magazine) and
"Man Who Painted Obama Burning The Constitution Selling His Art For Six Figures" (Business Insider).

I wasn't so much struck by his content (ok, ok...Obama burning the Constitution did get an eye roll out of me), but it was his price point that had me blinking my eyes to make sure I read that right. $300,000...where did that number come from?! Jon McWho? Where does a price like this come from? So I decided to do a little research, starting with the artist's website.

Here we are: at McNaughtonArt.com. At first glance, I'm reminded of Thomas Kinkade. Some of Kinkade's works fetch high prices, so maybe McNaughton is basing his price point on exactly that: a comparable peer group. The "about the artist" gives a bit of background on where he's from, where he studied art, but there's no traditional CV. In fact, no mention of his artwork being shown anywhere, other than this very website. NOTABLE: over 30,000 fans on Facebook. Wow.

Also NOTABLE, in the "about the artist" section is a series of questions, one of them being "what is Giclee?" Despite the very technical answer, this is a word that usually has everyone in the contemporary art world screaming POSTER. Not that there's anything wrong with that.

This site is getting me nowhere--I don't see anything priced anywhere near $300,000. I suppose the answer to my question is that it may have been priced at $300,000 simply because Mr. Sean Hannity (the reported buyer) was willing to pay that. This kind of media speculation about pricing in the art world isn't helping anyone. Morley Safer has added to this incorrect assumption with a recent edition of 60 Minutes, lending to the impression that prices are pulled out of thin air.